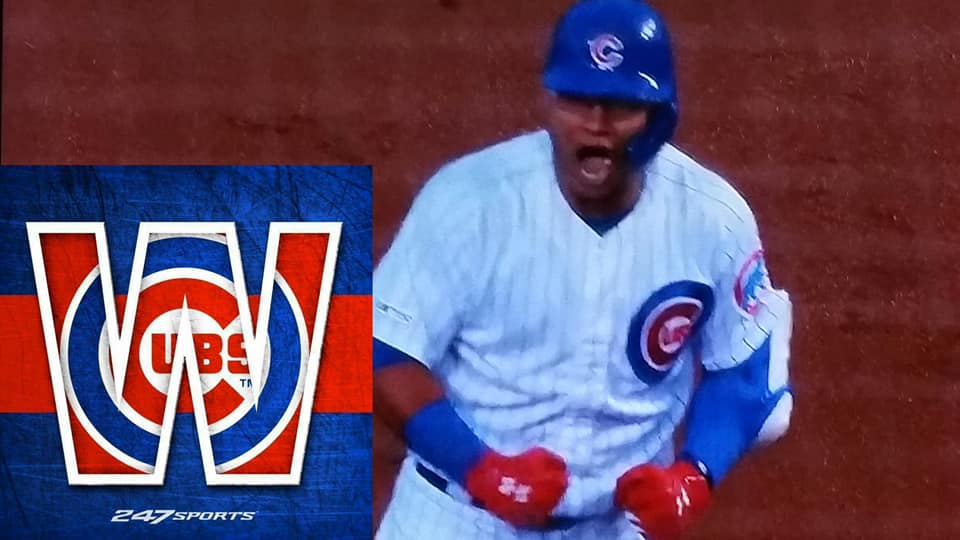 Darvish pitched an absolute gem! Perfect game thru 5 innings, but in the 6th Carpenter led off with a solo HR. Goodbye perfect game, no hitter, & shutout. Did it rattle Darvish? NO, he stayed focused getting 6 staight outs to end his night. He had the ball dancing all over the plate fooling the Cards hitter’s. Wick started the 8th & gave up a single to Molina for the 2nd & final Cards hit. He then struck out Carpenter & O’Neill swingin’.

The Jeffress Express with an easy 9th. Carlson called out on strikes, Wong walked, & Edman grounded into a DP to end the game for his 5th save. All 4 Cubs runs came courtesy of Willson Contreras! Cubs made Flaherty work. Throwing 43 pitches in the 1st. Cubs had 2 outs, Schwarbs & Baez both go down swinging. KB doubled, Riz & JHey walked to load the bases. Finally, Cubs come thru scoring a couple of runs. Willie battled, 9 pitches & after fouling off 4 straight pitches, he took the fastball to CF for a 2 run single. Flaherty had a 3 up, 3 down 2nd.Cubs knocked him out in the 3rd. KB flied out, Riz hit by the pitch, Baez grounded into a force out, Riz out at 2B. JHey singled, Baez advanced to 3B. Willie singled to RF scoring Baez. That ended Flaherty’s night. Willie does it again with a solo HR in the 6th for the final Cubs run.

Double Dip Saturday! Alzolay will pitch game one vs Wainwright. Alzo’s last start was against the Cards a few weeks ago & had a no decision, but had 6K in 5IP. Let’s hope he can do it again! Game Time: 4:15pm CT

CUBS WIN ON A MISTY NIGHT AT WRIGLEY!!
The Professor and El Mago deliver a W!