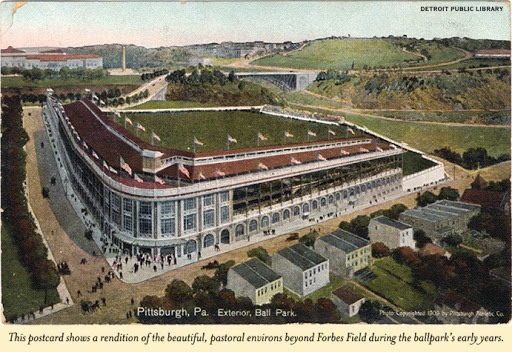 June 30, 1909 The Chicago Cubs spoil the Pittsburgh Pirates’ debut at Forbes Field, 3-2. The new state-of-the-art ballpark, named for General John Forbes, who was an officer in the French and Indian War, is the first stadium to be made completely of steel and poured concrete. Almost 61 years to the day later, June 28, 1970, the Pirates play their last game in Forbes Field against…..the Chicago Cubs.