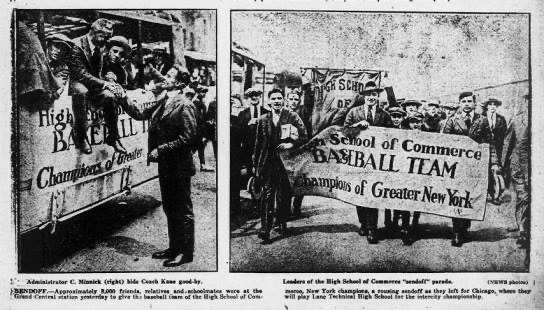 June 26, 1920- Lou Gehrig hits his first home run in a major league ballpark, going deep at Wrigley Field in Chicago,IL then known as Cubs Park, in a high school championship game between the NYC School of Commerce and Chicago’s Lane Tech. The 17 year-old first baseman, who will return to the ‘Friendly Confines’ in 1932 to hit two homers for the Yankees in Game 3 of the World Series, blasts a ninth-inning grand slam over the right-field wall, sealing a 12-6 victory for the visitors. In a way, Gehrig’s MLB career began, and almost ended in Wrigley field. Gehrig played in the 1938 World Seires, which ended in Chicago, and then only a handful of games in 39.